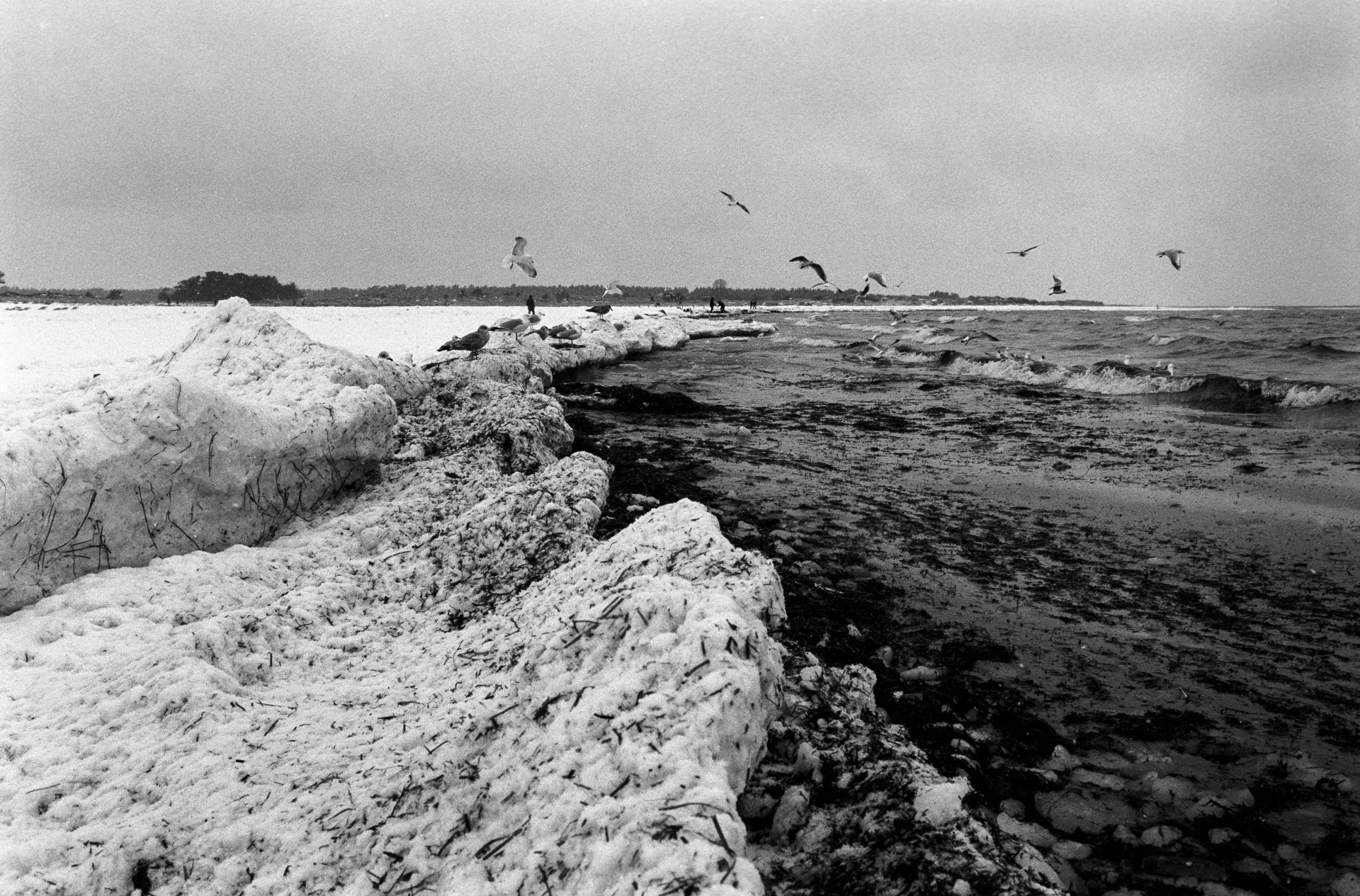 To get to the Weststrand, you have to walk through the “Darsser Urwald”, meaning the Darss jungle. It’s a very thick mixed forest of pine trees, alders, and oaks set on a carr.

That Easter, the current carried across mostly ice instead of sand.

Ice and snow formations on the breakwater walls were decidedly impressive.

The inland waters are referred to as “Bodden” or “Boddengewässer”, which stems from the German word “Boden”, or ground. As you might’ve guessed, the Bodden is very shallow and similar to marsh in places.

The city Prerow is one of the major cities on the peninsula. Originally a city defining the shipbuilding industry and fishery in the region, it transition to be a holiday destination.

However, there are still many buildings around from past times. You can spot colourful wooden doors around the city.

As the snowy weather came to an end, I opted to switch from black and white film to colour again. Therefore, I took the shot above with a Rolleiflex 6×6 camera and when scanned in high quality the setup produces stunning images.